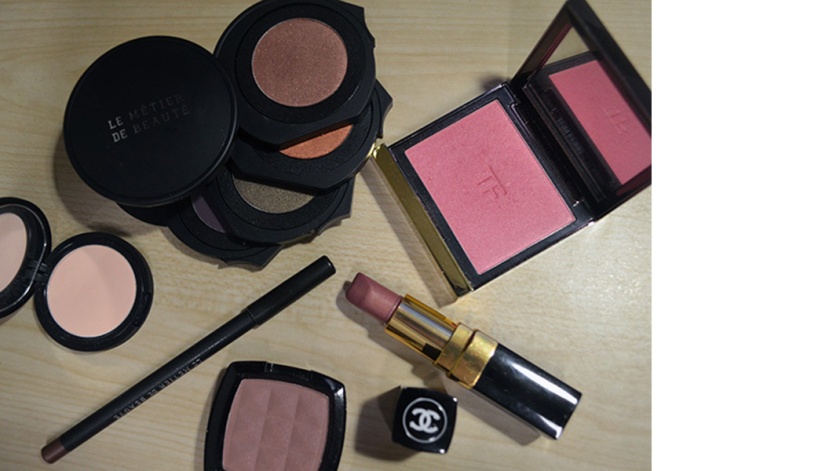 I have had apprehensions about this descent into makeup madness, especially about actually writing about cosmetics and other girly things. It’s partly because it was a foreign sort of obsession, in that it was far removed from things I usually liked. Also, I didn’t really know all that much about it yet, so I didn’t know if I “deserved” to talk about it like I was an expert.

Mainly though, I shied away from the idea because there’s a certain stigma associated with “frivolous” endeavors like this. I suppose things that focus on physicality and vanity, instead of “nobler pursuits” like literature, culture, art or whatever else people think falls in that category.

I finally put this blog up less than a month ago because makeup made me happy. That’s the simplest reason there is.

It made me happy to talk about it and to share the great and not-so-great things I’ve tried. I liked writing about makeup and discovering new things about it. Since it’s not a conversation staple with people I hang out with in real life, I resorted to the Internet and sought to find people I could have some sort of dialogue about it.

I’m not going to defend makeup or try to convince you that it’s a necessity in life, or that it is something that should be revered or anything like that. Plainly, makeup is just really, really fun for me, and for whatever reason, I have found that it makes me quite happy to play with different colors and tools, and to try new techniques.

When I first talked about it on my Tumblr, I asked the people who would come across the post to be nice because I was a bit shy about it. After which, I got a bunch of messages from girls who said that they loved makeup, too, but were too shy to profess their love for it as well.

That made me feel so bad, that “girlish” pursuits would be looked down on and is something that people feel the need to hide. I can admit that some people don’t and won’t really get it—I’ve heard it just looks the same! way too many time to think otherwise—but I don’t know why certain people feel the need to assert their superiority over people who like to fawn over lipstick and mascara. I don’t think it negates any other part of myself if I suddenly decided that I liked adding a little bit of color to my face.

It drives me nuts when some people make girls feel like they need to talk about their love for makeup as though it was a dirty secret they should cover up and hide. And I’m sad that some people look down on those who like to dress up in something other than jeans and a t-shirt, thinking that that aspect is all there is to them.

People are complex creatures and have constantly broken stereotypes and crushed the boxes people put them in. I love makeup, but I love books and literature, poetry, music, bad television, food, films, photography, art, and so many other things, too. Even with that, people shouldn’t be defined by what they like, anyway. It’s when people put other people in boxes and refuse to see them any differently that trouble happens.

This blog exists because I like makeup. It might be a little “un-Carina,” or how most people know me. But I named it “Softly Sometimes” for this very reason. All these nuances in character, personality, and interests, are what make people all that more different from each other, and this should be celebrated not maligned.